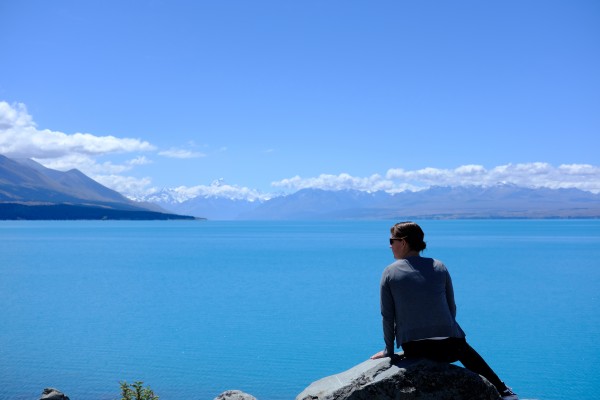 Hi, my name is Petra, and I am a GP. Together with my partner Stefan - I came to NZ in November 2017, from the Netherlands.

The process to come to NZ took me about 10 months (from first contact with Prudence to our arrival in Christchurch).

The easiest part of the process was getting all the necessary information from Prudence and her colleagues; they were always well informed, quick in answering all my questions and very friendly!

The most challenging part of the process was to say goodbye to our family, friends and to our lives in the Netherlands. We sold our house, furniture and cars, and we decided to put most of our belongings into storage.  At times this was stressful, but gave us both a sense of freedom.

My first impressions of NZ were of the friendly people, and how easy it was to be able to blend into the ‘kiwi lifestyle’. We never thought we would be the proud owners of four camping chairs and a foldable camping table, a bike rack and several hiking backpacks.

But most of all, the natural beauty and all the possibilities NZ has to offer was what struck me when we did our first (day)trips!

We live in Christchurch, only 20 minutes away from the beach. We can reach the ski slopes in only an hour and a half. Lake Pukaki and the Alpes are only a few hours’ drive by car!

Even when you only want to go on a daytrip, there are numerous options to explore.

What I miss the most about the Netherlands are the excellent roads and highways; the Christchurch roads (especially since the earthquakes) have some potholes, and cracks.

Also, when driving your bike to work, be aware of some risks; car drivers don’t always pay attention to bicycles!

My advice if you are planning to come to NZ is: JUST DO IT!

When you have the opportunity to live and work in NZ don’t think twice, this will be the experience of a lifetime. Also, don’t be scared the first time you pay for your groceries: they’re slightly more expensive than you’re probably used to…

It’s stressful to move to another country, adapt to your new setting and start working in a (possibly) completely different environment.

But it’s all worth it!

Working in NZ: How does it compare

Although the role the Dutch GP’s play in the Netherlands is quite similar to the NZ GP’s (i.e. the ‘gatekeepers’ of the health care system), there are several differences between my current work in NZ and my previous role in The Netherlands.

The patients I see here in NZ express their thankfulness more than Dutch people do. They’re also very friendly and not as direct as some Dutch people can be. I took me some time before I got to know the NZ health care system, which in general is completely different compared to the Dutch system. Also, about half of the medication prescribed by physicians here in NZ was new to me, so this took me a while to get used to.

Secondly, I was surprised by the excellent GP guidelines here in NZ. They are very clear, detailed, and contain information about when to refer, and when not to.

And surprisingly, some (non-acute) referrals to the hospital can be declined after reviewing them; this would never happen in the Netherlands.

Because people pay per consult, patients think first before they make an appointment, resulting in less ‘nonsense’ consultations as I’d sometimes see in my previous role.

On the other hand, this sometimes can be a bit of a barrier for a patient to make an appointment with his doctor if they’re having financial difficulties.